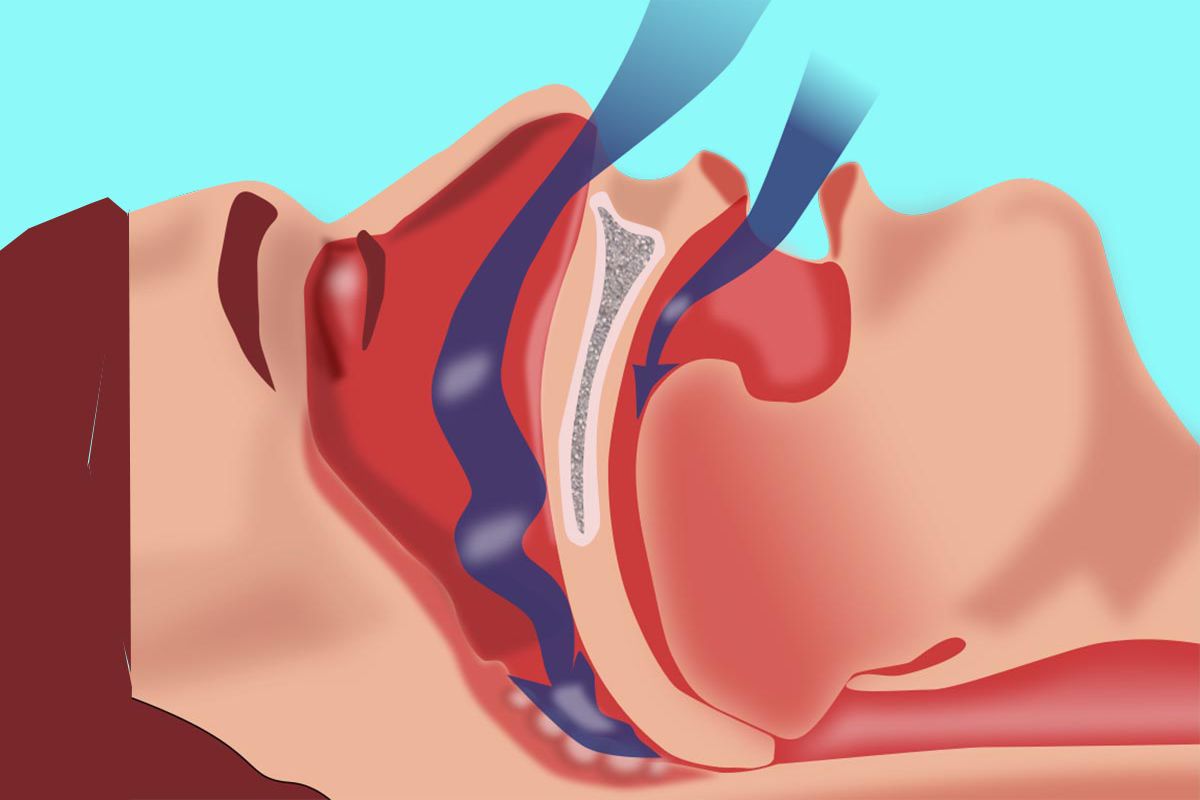 It is the most common type of sleep apnea and is caused by obstruction of the upper airway. It is characterized by repetitive pauses in breathing during sleep, despite the effort to breathe, and is usually associated with a reduction in blood oxygen saturation. These pauses in breathing, called “apneas” (literally, “without breath”), typically last 20 to 40 seconds. The individual with OSA is rarely aware of having difficulty breathing, even upon awakening. It is recognized as a problem by others witnessing the individual during episodes or is suspected because of its effects on the body (sequelae). OSA is commonly accompanied by snoring – in this case, oral appliance therapy is best.

Some use the term obstructive sleep apnea syndrome to refer to OSA which is associated with symptoms during the daytime. Symptoms may be present for years or even decades without identification, during which time the individual may become conditioned to the daytime sleepiness and fatigue associated with significant levels of sleep disturbance. Individuals who generally sleep alone are often unaware of the condition, without a regular bed partner to notice and make them aware of their symptoms. As the muscle tone of the body ordinarily relaxes during sleep, and the airway at the throat is composed of walls of soft tissue, which can collapse, it is not surprising that breathing can be obstructed during sleep.

How Common is It?

Although a very minor degree of OSA is considered to be within the bounds of normal sleep, and many individuals experience episodes of OSA at some point in life, a small percentage of people have chronic, severe OSA. Many people experience episodes of OSA for only a short period of time. This can be the result of an upper respiratory infection that causes nasal congestion, along with swelling of the throat, or tonsillitis that temporarily produces very enlarged tonsils. The Epstein-Barr virus, for example, is known to be able to dramatically increase the size of lymphoid tissue during acute infection, and OSA is fairly common in acute cases of severe infectious mononucleosis. Temporary spells of OSA syndrome may also occur in individuals who are under the influence of a drug (such as alcohol) that may relax their body tone excessively and interfere with normal arousal from sleep mechanisms.

According to Wikipedia, Obstructive sleep apnea (OSA) is the most common sleep-related breathing disorder and is characterized by recurrent episodes of complete or partial obstruction of the upper airway leading to reduced or absent breathing during sleep. These episodes are termed “apneas” with complete or near-complete cessation of breathing, or “hypopneas” when the reduction in breathing is partial. In either case, a fall in blood oxygen saturation, a disruption in sleep, or both may result. A high frequency of apneas or hypopneas during sleep may interfere with restorative sleep, which – in combination with disturbances in blood oxygenation – is thought to contribute to negative consequences to health and quality of life.[1] The terms obstructive sleep apnea syndrome (OSAS) or obstructive sleep apnea–hypopnea syndrome (OSAHS) may be used to refer to OSA when it is associated with symptoms during the daytime (e.g. excessive daytime sleepiness, decreased cognitive function).

There are 3 levels of OSA consequences: physiologic, intermediate, and clinical

Check out our post on Oral Appliance Therapy for Treating OSA.

Our mission is to provide high-quality, effective patient care for head and neck disorders through a multispecialty, interdisciplinary approach designed to reduce pain and improve function for all our patients.

Copyright by Minnesota Neck and Pain Clinic 2021. All rights reserved.