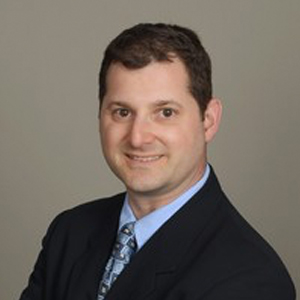 Working in conjunction with an interdisciplinary team of clinicians including physical therapists, health psychologist, and physicians Dr. Herman works to coordinate and manage both simple and complex chronic pain disorders involving the jaw, face and head.  Additionally, Dr. Herman has a special interest in the management of obstructive sleep apnea with the use of oral appliances.

Dr. Herman holds an academic appointment at the University of Minnesota where he is an Adjunct Assistant Professor within the Department of Biological and Surgical Sciences. In his role within the TMD, Orofacial Pain and Dental Sleep Medicine Clinic, he is involved in the education and training of upcoming specialists in the field of TMJ, Orofacial Pain and dental sleep medicine.

Dr. Herman earned his Doctor of Dental Surgery from the University of Minnesota where he subsequently completed an advanced education clinical training residency in Orofacial pain and temporomandibular disorders obtaining a Master of Science in Dentistry. He is Board Certified by the American Board of Orofacial Pain and is a Fellow of the American Academy of Orofacial Pain.

Dr. Herman has published articles in distinguished journals including the Journal of Orofacial Pain, the International Journal of Oral and Maxillofacial Surgery and Northwest Dentistry.

Dr. Herman’s hobbies include biking, fishing, skiing, and spending time with his family.

Our mission is to provide high-quality, effective patient care for head and neck disorders through a multispecialty, interdisciplinary approach designed to reduce pain and improve function for all our patients.

Copyright by Minnesota Neck and Pain Clinic 2021. All rights reserved.